Also known as UWA, this university is considered to be the most premiere university in the Western region of Australia. It ranks 88th place among the other schools in the Shanghai-Jiao Tong University’s Academic Ranking of World Universities. When it comes to the specific fields of life and agriculture sciences, this university ranks in the top spot. The university also belongs to the Group of Eight (a collection of top research universities all over Australia).

The university is actually one of the largest landowners in Perth. It is constantly improving and expanding the infrastructure to accommodate more students.

Studying at the University of Western Australia

The general population in the University of Western Australia consists of those living within the Perth metropolitan. Recently, there was an influx of foreign students as the reputation of the university spread far and wide – specifically when it came to the field of sciences. Most of these foreign students come from the South East Asia region. Almost 20% of the 25,000 student population are international students.

When choosing a degree, most students with an undergraduate level are expected to choose a three-year bachelor’s degree. They can choose among the following: Bachelor of Science (BSc), Bachelor of Commerce (BCom); Bachelor of Arts (BA; and Bachelor of Design (BDes). 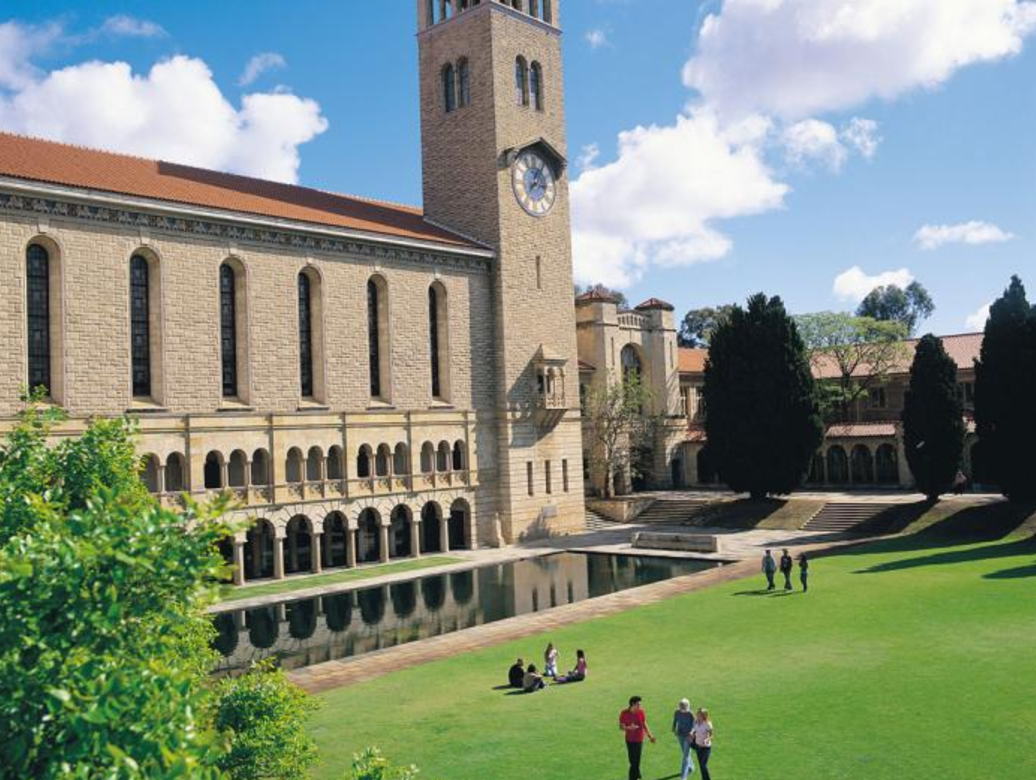 Because of their facilities UWA attracts a high research funding compared to other universities in Western Australia. This paves the way for students to hone their skills and talents in various fields of study.

The school boasts of different events that include a multitude of clubs, community activities, camps, picnics, sporting events, etc. The university actively participates in three inter-university competitions every year. This can be a source of excitement for the whole student population.

Why choose the University of Western Australia?

The University of Australia adapts a global perspective when it comes to shaping their students. This is also why it has become a popular choice among international students – almost 5,000 students each year.

Here are the best reasons why UWA is a great option to study in Perth.